Our first RUSH Volleyball Club team competed in the 16U Club Division and placed 29th out of 85 teams. We played many of the top teams in the list above -including a win over #3 Mesa 16’s! We were pleased with the process that our team went through this first year. As much fun as it is to win it is more important to develop great athletes whose desire and passion enjoy competitive Volleyball for many years to come. As we focus on the process we believe that the score will take care of itself.

We’re excited for Desert Stars 16 Kingman, SAVA 14 Black, and AZ Storm 12 Thunder that their hard work, talent, and great coaching led them to these Division titles! 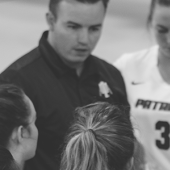